I have been thinking about thresholds as this year dies and the next approaches. As a child, my family celebrated New Year’s Eve in style because it was my grandfather’s birthday, and everything to do with Grandad was done with style. This was, after all, a man who wore wool knickers, high stockings, a wool cape, and a cap and carried an ornate walking stick when taking the dog out on the dirt roads of New Hampshire.

Uncles, aunts and cousins gathered, decked in our finest, and one of the big old farmhouses was likewise bedazzled. We’d start the evening with a most delicious meal. Eventually rising from the table, we’d head outside, building a bonfire under the sparkling New Hampshire winter sky and grabbing sleds to fly down a steep hill where my father and uncles had, earlier in the day, built a huge luge run strung with twinkle lights. Eventually, cold and exhausted from laughter and being flung from soaring sleds, we’d traipse inside for games and dancing.

Over all this celebrating presided Grandad, a constant sparkle in his eyes, ever onstage, ever the performer – of stories, of impressions, of opera, of hilarity. Grandad possessed a profound appreciation for the hilarious. As an actor, as a minister and as a historian, he delighted in the ridiculous and the joy of free expression.

When Grandad slipped into Alzheimer’s, suspended in the space of a different sort of threshold, New Year’s Eve echoed with ghosts from the past. Perhaps those ghosts turned me sour. Perhaps the gap left by a particularly theatrical grandfather was too large to be filled. For whatever reason, the turning of the year has recently not been an event to which I’ve given much thought or energy.

And yet, this year feels different. I find myself pulled towards celebration. As I pause in this threshold and look back at the past year, I am struck by the timbre of joy that wove through the days. For me, 2014 was a particularly joyful year. I have a theory as to why. This past year was the one in which, more than ever, I kicked my heels up in the face of what I previously believed necessary to live a successful life and started listening instead to where my passion, my desire, and my moments of greatest aliveness reside. I got up from behind the computer and headed out to the field. I slowed down (those around me might raise an eyebrow, but, for me, I really did). I took time to appreciate the way the light fell across the farm, the way our dog jumps straight in the air when he sees a squirrel, the way my niece wiggled when she started to walk. I gave myself permission to be messy, whether externally (I spend the better chunk of the year covered in dirt), or internally (maybe I don’t have all the answers….thank God!).

This was a year during which I generally lightened my grip on life. And through those cracks between my fingers came a lot of joy. Grandad would be so proud. In the space previously occupied by a need for perfection has blossomed a celebration of the ridiculous. I used to think “silly” was an insult, a dismissal of something unimportant. Now, I’m questioning that assumption. As I move into 2015, I pray that I may make more time for silliness. May I become so silly with joy, that I fall ever more deeply in love with the daily act of being alive, in all its profound beauty and in its equally profound ridiculousness. 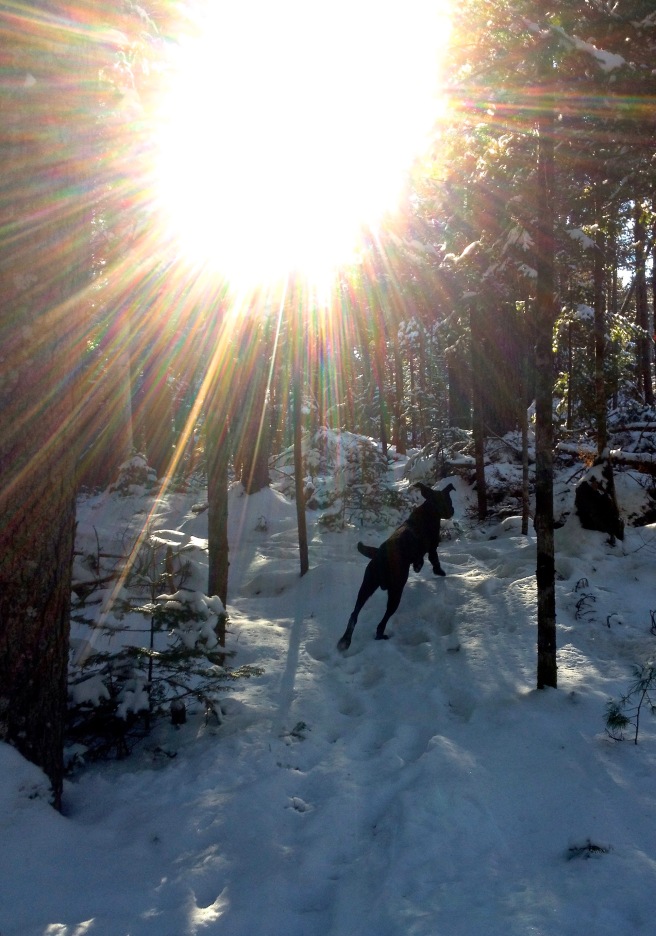